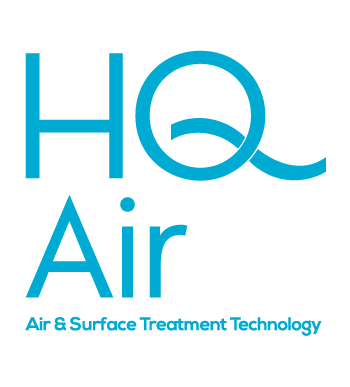 Around the 1990s, NASA researchers generated hydroxyl radicals and other superoxides to prevent organic compounds accumulating on the spacecraft during space missions[1].  Since then, the interest in safety and efficacy of these molecules against Volatile Organic Compounds -VOCs-, bacteria and viruses has grown steadly.

Air purifier device complies, according to the evaluation carried out by e-Testing Laboratory in 2020, with the restrictions on the “use of dangerous substances in electrical and electronic equipment”.

We should not confuse the hydroxyl radical in the environment with the biological. In our bodies, they act as inflammatory signaling molecules: they are chemical mediators produced by some immune cells when they encounter certain pathogens, such as bacteria. These radicals are naturally present in a concentration of approximately 0.05 ppm  [2]. This, although variable depending on the season, the time of day and the position in the globe, can be 105 to 107 molecules per cm3  [3], a much higher concentration than the usually found indoors, of the order of 105 molecules per cm3, although it can increase to 106 [4].

Airborne hydroxyl radicals cannot penetrate our body, nor animals, insects or plants[5], due to the coexistence with them during evolution. Body’s cells have developed many enzymatic and non-enzymatic mechanisms to inactivate these radicals, the so-called antioxidant mechanisms. Specifically, the skin and mucous membranes have become barriers capable of neutralizing radicals, so they will not affect body tissues.

While the production of hydroxyl radicals (OH·) is safe, emissions of ozone (O3) and hydrogen peroxide (H2O2) must, once monitored, meet all the requirements by the international health regulatory bodies.

The maximum recommended ozone emission is 0.05 ppm according to the WHO (World Health Organization)[6], Work Place Safety in Australia, OSHA (Occupational Safety and Health Administration)[7] and FDA, in this last case being specific recommendations for disinfection devices[8].  The maximum hydrogen peroxide emission recommended by OSHA for a 10-hour workday7 is 1 ppm.

HQAir Purifiers based on OH technology complies with these restrictions, being 0.016 ppm the maximum ozone emissions, and 0.64 ppm[9] the maximum hydrogen peroxide emission.